A stock market crash can be described as a sudden decline in the price of stocks across a significant cross-section of a stock market, resulting in a great loss of bankroll. The reasons of a market crash can be many, depending on the economic condition of the country but what it ultimately results in is the same: people frantically selling their stock in fear of a price drop which in turn decreases the stock price. They often occur after economic bubbles. A stock market crash is partly the fault of the traders as well because as they see the price of a commodity fall, they sell. This triggers a series of people selling their stock, creating a positive feedback loop sending the stock price very low. A prolonged period of rising stock prices, excessive optimism, a market in which the price to earnings ratio exceeds long term averages, and extensive use of margin debt and leverage by market participants are some of the reasons why stock markets crash. There have been a lot of stock market crashes throughout history. Listed below are a few of them.

One of the earliest stock market bubbles in the world, Tulip Mania was the name given to the stock market crash that occurred during the years 1634 to 1637, when some single tulip bulbs allegedly sold for more than ten times the annual income of a skilled artisan. This is often considered the first recorded economic bubble. 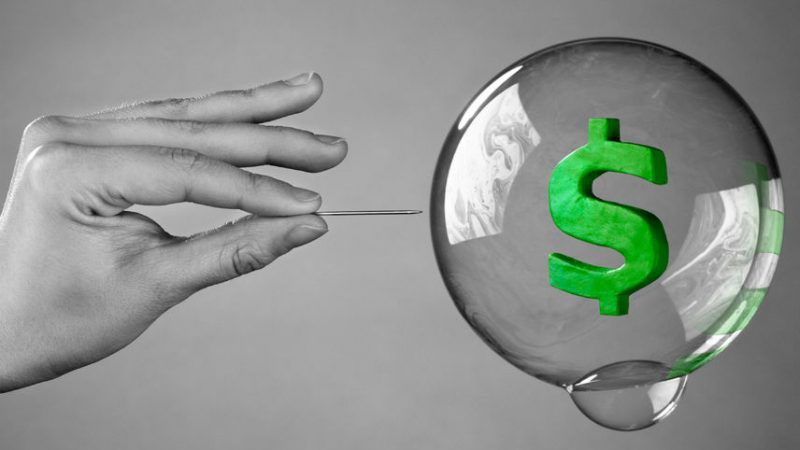 The 1920s were called the Roaring Twenties because of the rapid economic growth at the time. It was also the golden age of technology, with inventions like the radio, the automobile, aviation industry, the telephone and the electric power transmission grid were deployed and adopted. Companies that were invested in these industries saw their stock prices soar, financial markets like Wall Street floated mutual fund companies etc. Investors were quite interested in the returns with the stock market, especially by the use of leverage through marginal debt. However, this did not last. Over the course of 8 years from August 1921 to September 1929, the Dow Jones Industrial Average (DJIA) rose from 63.9 to 381.2, almost a six-time increase. The DJIA indicates whether the economy is shrinking or expanding and an increase in DJIA means an economic recession, which then caused the DJIA to drop several points (almost 40%). This led to a quick sale of the stock in the market, which further reduced the stock price, causing a significant crash. The stock market crash was followed by the Great Depression, which made this crash the most severe stock market crash in the history of humankind.